Johnstown is a village in Licking County, Ohio, United States. The population was 3,440 at the 2000 census.

Johnstown was the home of William A. Ashbrook, an American businessman, newspaper publisher, and Democratic politician from Ohio.

The Village of Johnstown is part of a four thousand acre (16 km²) tract of land deeded to John Brown, a revolutionary soldier, by President Adams for military services in 1800. Brown sold the property in 1810 for $2.50 per acre to Dr. Oliver Bigelow. Dr. Bigelow laid out and incorporated the village of Johnstown, donating the streets, alleys and the town square. In 1926 a nearly complete skeleton of a mastodon was found, and subsequently sold to the Cleveland Museum of Natural History.   Wikipedia 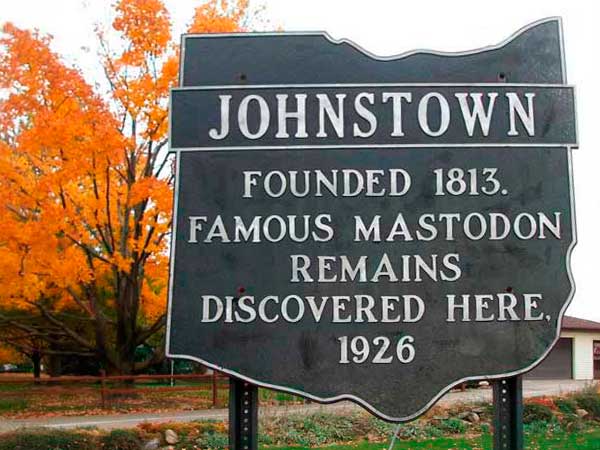